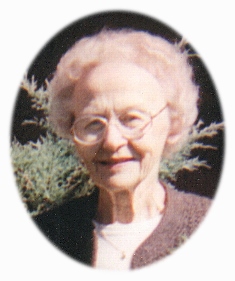 Norma A. Vincevineus, age 91, of the Town of Saukville, passed away peacefully at her home on Thursday, July 17, 2014.

Joe worked for Wisconsin Electric at the Lakeside Power Plant in Oak Creek. When he took a job at the Power Plant in Port Washington, he and Norma moved to Saukville.  Norma was the homemaker. Joe worked at the plant. They were active with their church. There, Norma sang in the choir and was active with the Christian Women group. She volunteered at the Ozaukee County Historical Society Pioneer Village in Saukville for many years. She loved her home and enjoyed watching the birds. She could be heard whistling out the many different calls the birds made.

A Mass of Christian Burial will be celebrated at 6PM Tuesday, July 22, 2014 at Immaculate Conception Catholic Church, 145 Church Street, Saukville. The Reverend Thomas Lijewski will be the celebrant. Visitation will take place from 3:30-6PM Tuesday AT THE CHURCH with a 3:30PM Rosary. Interment will be at St. Mary’s Cemetery in Saukville. Memorials to Immaculate Conception parish appreciated.