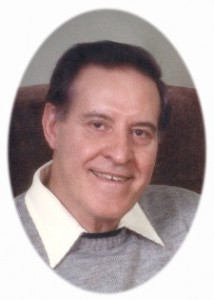 Roy N. Stemper, age 92, formerly of Fredonia, peacefully passed away July 25, 2014 at Cedar Grove Gardens, Cedar Grove, WI where he had been a resident since 2009.

For many years, Roy farmed with his brother Edward in Fredonia, milking and raising crops.  He also worked at Simplicity Mfg. Co. in Port Washington as an inspector.  He retired from farming due to his health but remained at Simplicity until he retired years later.  Roy enjoyed playing golf and participated in leagues at Hawthorne Hills.  His favorite pastime was cutting grass.  He also enjoyed listening to the Lawrence Welk Show.

His Mass of Christian Burial will be celebrated at 6PM Wednesday, July 30, 2014 at Divine Savior Parish-St. Rose Chapel, 311 Fredonia Ave., Fredonia.  Reverend Todd Budde will be the celebrant.  Visitation will take place from 4-6PM Wednesday AT CHURCH.  Interment will take place in St. Mary’s Cemetery, Little Kohler, Town of Fredonia.  Memorials to the family are appreciated.