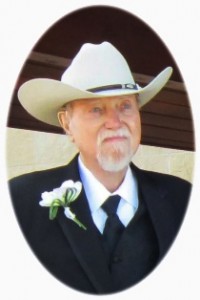 Jerome L. “Jerry” Hartwig, age 80, of Green Bay Road, Town of Port Washington, WI died peacefully Sunday, July 13, 2014 at his home with his family at his side.

He was born on February 5, 1934 in Milwaukee, son of William and Helen Kind Hartwig. He grew up in Milwaukee, but those that know him think he should have been born in the 1800’s and grew up out West. As a young man, Jerry liked to spend time up at a ranch near Mauthe Lake. There he could not only ride horses, he was the one doing the breaking. He carried the cowboy mystique throughout his life.

On January 23, 1954, Jerry married Arline K. “Lin” Foulks of Milwaukee. They raised their family in Saukville, later moving to the Town of Port Washington. She preceded him in death on August 28, 1997.

Jerry spent over 30 years as a machinist and material handler with Simplicity Mfg. Company in Port Washington. He retired in 1995. While there, he was a member of the International Association of Machinists and Aerospace Workers Local 1430. He loved sports and the Green Bay Packers. He was a long time active supporter of the Saukville Rebels Youth Football program and sideline chain-gang member. He volunteered with the Saukville Fire Department and remained active with its auxiliary. He enjoyed hunting and playing cards, especially sheep head, with family and friends. He has been a supporter of the Blood Center of Wisconsin and Indian gaming, especially poker.