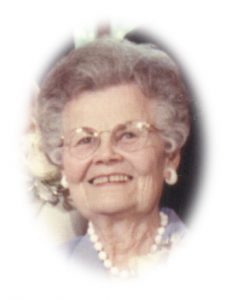 She was born on June 27, 1921 in Milwaukee, daughter of Herman and Paulina Roller Deblitz.  In her youth, Lydia grew up on a farm in Mukwonago where her parents had moved during the Depression, later moving to Port Washington and rooming with a family friend to finish high school.  During World War Two, she was part of the war effort, working on the assembly line for Bolens Manufacturing in Port Washington making artillery shells.  Later she attended Milwaukee Vocational School for secretarial studies.  She later returned to Bolens, working in the office for a short period of time.On October 12, 1940, Lydia married Francis G. “Spiel” Swatek, who was born in New London but grew up in Port,  in Dubuque, IA.  She had met Spiel at Roob’s Rainbow Room in Port and they then soon headed to San Diego to live while he was active as a ships carpenter at the Navy base there during World War II.  Upon Spiel’s discharge, they returned to Port Washington.

She may be remembered for waitressing at the former Mayer Hotel for many years as well as Woods Grafton Hotel.   In 1983, Lydia retired from Modern Equipment Company in Port Washington after 15 years working as an Executive Secretary.  She was involved in Human Resources and Inventory Control.

Her children, grandchildren and especially her great-grandchildren brought the most joy.  Lydia had always been very active with Friedens Church.  She sang in the choir, taught Sunday school and volunteered with the church dinners.  Lydia had been past-president and member of the Friedens Ladies Guild.

Some of her favorite activities included baking, sewing and reading.  She will be remembered for her dedication and energy.

In 2007 the Swateks moved to the Harbor Campus in Port Washington where she had been residing at the time of her death.

Lydia is survived by her two children Alan (Jean) Swatek of Brown Deer and Wendy (Steve) Schowalter of Port Washington; grandchildren Brian (Brenda) Swatek of Wappinger Falls, NY, Jennifer Swatek of Milwaukee, Tracy (Justin) Braun of Cedarburg and James (Jennifer) Schowalter of Port Washington; great-grandchildren Alex and Isabella Swatek, Cooper, Riley and Adeline Mae Braun and Jack and Steven Schowalter, her sister-in-law Gladys Deblitz of Butler, nieces, nephews, other relatives and friends.  She was preceded in death by her husband Spiel in 2008 and two brothers, Carl and Elmer (the late Marie) Deblitz.