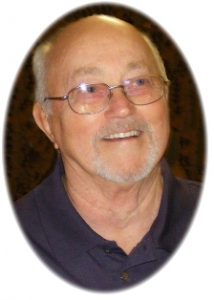 He was born on September 26, 1937 in Marinette, WI; son of Archibald and Bernice Champagne Kittson. From 1955-1958, Roger served in the US Navy as an airman on the USS Saratoga. Upon his discharge, he returned to Wisconsin. He remained in the Naval Reserves until 1962. He took a job in a Milwaukee foundry.

Over the years, Roger drove for an institutional foods company and later Badger Freightways in Milwaukee. In 1974, the family moved to Saukville. Roger worked janitorial maintenance for the EST Corporation in Grafton for 17 years; retiring in 2000. Roger liked to keep busy and help others. He made early morning deliveries for Sweetheart Cakes in Port Washington for a few years. He had the most fun as a delivery driver for NAPA Auto Parts of Grafton from 2007 until 2012.

Roger was very handy and supportive to family and friends. A very calming social man, Roger enjoyed the company of others. He was a proud male role model and father figure to the next generation. In his spare time, Roger enjoyed Westerns.

Bowling was always a part of Roger’s life. He was active in many leagues in Ozaukee and Milwaukee counties. He liked to participate at the state and national levels. He accomplished one “300” game and six “299’s”, amongst other awards. He was a competitive and fun teammate.

A celebration of Roger’s life will be held at 1PM Saturday, May 7, 2016 at the POOLE FUNERAL HOME/Crematory, 203 N. Wisconsin Street, Port Washington, WI. Reverend Linda Westphal-Buth will officiate. Interment will be at St. Mary’s Cemetery in Port Washington. Family will receive friends from 11AM-1PM Saturday prior to the service at the funeral home.