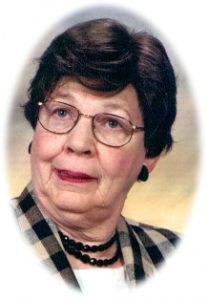 Carol D. Lorge, age 84, of East Pierron Street, Port Washington, WI passed away peacefully Sunday, November 19, 2017 at the Harbor Club in Port Washington where she had resided the past two years.

She was born on January 6, 1933 in Milwaukee; daughter of Carl and Doris Bunce Jones. On December 29, 1951, Carol married Robert P. Lorge at St. Mary’s Church in Port Washington. A proud wife and mother, Carol raised her five boys. After the boys had grown, Carol worked as a clerk at the former Montgomery Ward in Port Washington.

She is preceded in death by her sister Phyllis Fellenz and her husband Jim and brother-in-law Eugene Lorge and his wife Jeanna.

Family services have been held. Interment has taken place at St. Mary’s Cemetery in Port Washington.