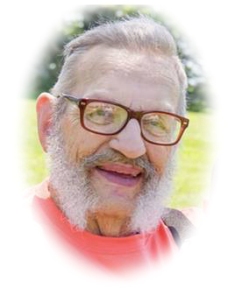 He was born on March 4, 1944 in Port Washington, WI; son of Edmund and Rose Schroeder Lemke. Wayne grew up in Grafton. He served in the US Army from 1961 to 1967, as an ordinance supply specialist mainly stationed in Germany.

He was known for his humor and booming laugh that could be heard across a crowded room. He had a reputation for being a rebel and a mischief-maker but those who knew him, knew what a kind man he was.

He married Dorothy Dempsey on July 10, 1976 at St. Joseph Catholic Church in Grafton. They had two daughters and Wayne enjoyed staying home to take care of his girls at every opportunity.

Over the years, Wayne worked in numerous factories in the area driving forklift in shipping & receiving. Among them were Grafton Foundry, Modern Equipment, Molded Dimensions, Bolens, Simplicity and Kleen Test.

He was an avid bowler in leagues at the former Shannon’s in Grafton and Bley’s in Port Washington, getting the nickname “Whipper.” He enjoyed watching sports, including NASCAR, Little League, golf, and college sports. He liked to go deer hunting with his brothers. Although he was more likely to pick up his binoculars than his gun and enjoy the nature around him.

Wayne had been a member of the Belgium Memorial American Legion Post 412 and the Van Ells-Schanen American Legion Post 82, Port Washington, as well as the International Association of Machinists and Aerospace Workers Local 1430. He was an original member of the Ozaukee Guzzlers motorcycle club. This past summer he proudly celebrated 50 years as a flagman for the Ozaukee County Fair Demolition Derby.

A Celebration of Wayne’s life will take place on next Saturday, November 25, 2017 at the Landt-Theil American Legion 601 West Dekora Street Saukville. Military honors at 1 p.m. Followed by music, memories and beer! DJ from 2-6pm by Dan of Party Rocker Entertainment. All are welcome to attend.