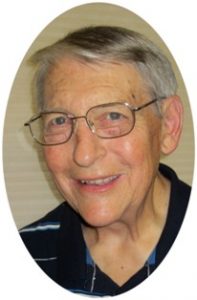 Paul W. Jushka was called to eternal peace on Sunday, December 11, 2016. Paul grew up in Port Washington, Wisconsin, and after being away for college and career, it was his wish to return to his hometown. His grandparents emigrated from Lithuania to Port Washington in 1913, and Port has been home to the Jushka family since that time. He and his wife moved back to Port in 2013, and have enjoyed living in the city.

Mr. Jushka was born at St. Alphonsus hospital in Port Washington on April 23, 1944 to Anthony and Anna Ruth Conrad Jushka. He attended St. Mary’s Catholic School and Port Washington High School, graduating in 1962. A favorite memory of his from his high school years was an exchange trip to Colorado on the train with some of his classmates. After working for a year after high school, he attended the University of Wisconsin-Stout, graduating in 1967 with a degree in technical education.

He was employed by the Sussex-Hamilton School District where he taught driver’s education and technical education at the high school and middle school, retiring from there in 2001 after 34 years of dedicated service. Paul also served as the Hamilton district safety coordinator, and was a board member and past-president of the Wisconsin School Safety Coordinator’s Association. He was also active in the Wisconsin Driver Education Association for many years.

He married Carol Ann Popp of Oconomowoc, Wisconsin on December 27, 1969, and they raised two sons, Christopher and Jeffrey, while residing in Sussex. In the Sussex community, Paul was active in the Sussex Jaycees, the Sussex Volunteer Fire Department, and in the little league program, coaching during the years his sons played. He enjoyed pheasant and goose hunting, and was a great cook. Watching the Brewers, Packers, and Badgers play also gave him much enjoyment.

His favorite travels were to Hawaii for his son’s wedding, a land-sea cruise to Alaska, and as part of an aerospace class that traveled to NASA with VIP seating for a shuttle launch. Paul was a hard worker, and was at his best as a wonderful son, husband, father, grandfather, brother, and friend.

Paul was preceded in death by his parents Anthony and Anna Ruth Jushka, and by his brother Richard Gene Jushka.