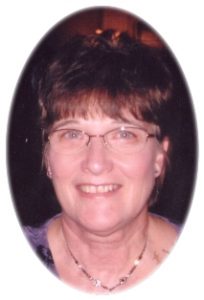 She was born on September 14, 1944 in Anniston, Alabama; daughter of Cyril and Mary Mintal Stengel. She grew up in Butler, graduating from Divine Savior High School in 1962. In 1966, Barbara received her Bachelor’s of Arts degree in Math from Mount Mary College in Milwaukee.

On June 25, 1966, she married Richard “Dick” Zbikowski of Milwaukee at St. Agnes Catholic Church in Butler, WI. Barbara continued her education to receive her Master’s degree from Cardinal Stritch University in Milwaukee in Computer Science Education. Prior to starting a family, she taught in the Milwaukee Public Schools. Barbara also taught as a substitute at Grafton Public Schools, University School in Mequon and local Port Washington public schools. She enjoyed being a math tutor for many home schooled students and volunteer at Port Catholic School. For over 14 years, Barbara taught at Marquette University High School and was the School Computer Science and Technology Coordinator, retiring in 2013.

She had been a member of the National Council of Teachers of Math, Computer Science Teachers Association and the International Society for Technology in Education. She enjoyed her family and time spent in her garden.

She is survived by her husband Richard “Dick” Zbikowski; her children Mark (Sara) Zbikowski of Bayview, Susan (Rob) Gaedtke of Round Lake, IL and Kristina (Mark Keough) Lambert of Brookfield; her grandchildren Andrew and Elaina Gaedtke and Michael Lambert; her sister Patricia Abfalder of Butler, nieces, nephews, other relatives and friends.

A Mass of Christian Burial will be celebrated at 6PM Thursday, December 29, 2016 at St. John XXIII Parish – St. Peter of Alcantara Catholic Church, 1802 N. Wisconsin Street, Port Washington, WI. The Reverend Patrick Wendt will be the celebrant. Family will receive relatives and friends from 4-6PM Thursday AT CHURCH prior to the Mass. Interment will take place at Wisconsin Memorial Park in Brookfield.

Information and condolences available at www.poolefh.com or 262/284-4431