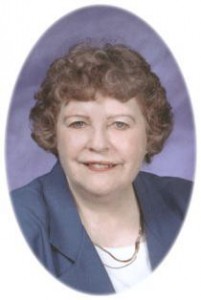 Anna Ruth Jushka (nee Conrad), 90, of Port Washington was called home to the Lord on January 13, 2013.  She was born in Port Washington on September 30, 1922 to Nicolas B. and Louisa Doppel Conrad.  She attended St. Mary’s Grade School and Port Washington High School.  On May 22, 1943, she traveled to Lincoln, Nebraska to marry Anthony J. Jushka of Port Washington, who was serving in the Army at the time.  He preceded her in death in 1988.

Ruth attended nursing school in Illinois, and was a nurse’s aide at the former St. Alphonsus Hospital for 35 years, retiring in 1984.  She spent 30 years working in the maternity ward and five years on the orthopedics floor.

Besides her parents and her husband Anthony, she is preceded in death by her three brothers Richard Conrad, Walter Conrad and Eugene Conrad.

The family would like to thank Hospice Advantage and the Harbor Club Campus for their kind care of our dear Ruth.