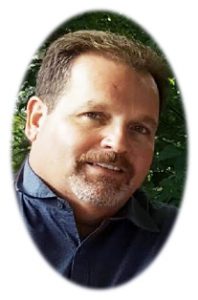 The youngest of twelve children, Jay was born on May 17, 1961 in Port Washington; son of Nicholas F. Jacque Jr. and Dorothy “Rita” Brainard. He grew up on the family farm in the town of Port Washington.

After high school, Jay joined the United States Army, serving in Germany and later was stationed in Massachusetts. On May 29, 1982, Jay married Dena Hespe of Saukville. For the last 17 years, the Jacque family called Cedar Grove home.

A beloved husband, father, and friend – he inspired and touched countless lives with his heart. Notorious for his tireless and selfless drive to provide for family, friends, and notably strangers; his attention to detail was most underlined by his desire to give. Not just of material goods– some of which you didn’t yet know you needed or maybe would ever need, but of unconditional compassion and care.

A skilled hunter of deer and deals, there wasn’t a sale he missed or rummage he didn’t spot. Jay also had a passion for driving. In his semi at United Parcel Service (UPS) where he worked for 27 years or on his polished Harley for a Sunday drive looking for land. You could also find him in his red Chevy pickup piled with a bundled-up family to pick out a Christmas tree. Most of all, he simply enjoyed going anywhere with his family. Living by his own rules, he liked to be in the front whether it was in church or on the highway.

When he wasn’t driving, he enjoyed watching the Rifleman, Packers, and anything his kids did. Whether it was brushing their teeth for the first time or sports they played; every moment was captured on video. Twenty-five years, multiple sports, thousands of games, and tens of thousands of miles traveled – not a single event was absent him.

Beyond a genuine commitment to his children, he consistently demonstrated his profound respect for service members, particularly veterans. Not only did he always pick up their tab, he did so unbeknownst to them. He would go out of his way to give a hearty handshake and an authentic “thank you for your service” as they passed by on the street or marched in a parade. As a strong believer, his relationship with the Lord was paramount to his life. Jay never missed an opportunity to share a tract with a friend or stranger personalized to them.

Although his work here is done, he gave so fully that we’ll never be without.

In lieu of flowers, memorials appreciated.