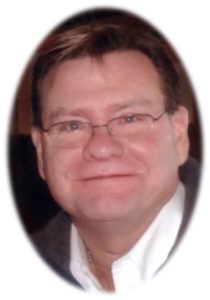 Randall E. “Randy” Schmit, age 59, of the town of Grafton, WI passed away peacefully Wednesday, February 15, 2017 at Lawlis Family Hospice in Mequon after a brief illness.

He was born on November 27, 1957; son of Gene and Rosemary Rickinger Schmit in Milwaukee. Randy grew up in Grafton, graduating from Grafton High School. In his youth he worked with his family at the former Schmit’s Ballroom in Grafton.

On April 19, 1980, Randy married Conny Hall of Thiensville at St. Augustine Catholic Church in the Town of Trenton (Newburg). In 1985, Randy joined his father at Schmit Realty in Grafton and Port Washington where he served as third generation president.

A proud dad, Randy was a diligent supporter of his son’s sporting activities. He enjoyed the sociability of family and friends. He had been active at St. Joseph’s Congregation as an usher, just as his father. Randy had been active in real estate throughout Ozaukee County for many years. He enjoyed his membership with the Grafton Chamber of Commerce; serving as their president in multiple years.

Randy is survived by his wife, Conny, his son Tyler (Katy Quirk) Schmit of Minot, ND; his parents Gene and Rosemary Schmit of Grafton; his brothers Rick (JoAnn) and Robb (Stacy) Schmit, both of the town of Grafton; his mother-in-law Camille Nawrocki of Cedarburg; brothers-in-law Nate (Anne Smith) Hall of Grafton and Kyle Hall of DeForest, WI; sister-in-law Ella (the late Tony) Hall of Chambersburg, PA; step-mother-in-law Cherie Hall of DeForest, WI, nieces, nephews, other relatives and friends. He is preceded in death by his father-in-law Monnie Hall, sister-in-law Kitty Hall Regan and brother-in-law John Hall.

A Mass of Christian Burial will be celebrated at 4PM Monday February 20, 2017 at St. Joseph Catholic Church, 1619 Washington Street, Grafton. Reverend Mike Barrett will be the celebrant. Interment St. Joseph Cemetery in Grafton. Visitation will take place 2-4PM Monday AT CHURCH prior to the Mass.