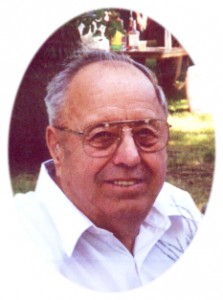 He was born March 11, 1924 in the Town of Fredonia to John P. and Caroline Weiler Heinen. A lifelong resident of Ozaukee County he graduated from Port Washington High School. He married Ursula Depies at St. Nicholas Church in Dacada on May 4, 1946. Together they operated a farm north of Fredonia for many years. In addition to farming he worked at the former Bolens and Simplicity in Port Washington and Tecumseh in Grafton.

They lived many years on W. Jefferson Street in Port Washington and wintered in Naples, Florida. Ursula preceded him in death January 21, 2005. He had a love of nature and the outdoors and was quick with a smile.