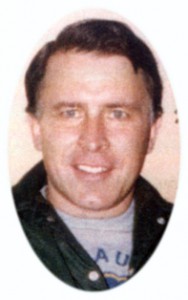 He was born on October 26, 1941, son of William H. and Julia Link Schanen in Saukville. He served his country in the US Army and was stationed in Germany for a time. Upon his discharge he returned to Wisconsin where he and his family lived in Port Washington. For the past twelve years, Tom lived in Grafton.

Over the years, Tom drove school bus and worked for the US Postal Service in Port Washington. He was a member of the Luxembourg American Cultural Society and the Saukville Historical Society. He was an active supporter of the Saukville Saints baseball team and the Landt-Thiel American Legion Post 470 in Saukville.

He is survived by his daughters Christina and Nicolette Schanen, both of San Antonio, TX; his grandson Christopher Bannecke; his sister Ruth Blecha of Port Washington, his brother Fred (Clara) Schanen of Friendship, WI; his sister-in-law Rosie (Tom) Watry of Cecil, WI, his former spouse Margarita Schanen; nieces, nephews, other relatives and friends. He is preceded in death by his parents, two brothers James and Joseph Schanen and his brother-in-law Eugene Blecha.

Memorial funeral services will be held at 1PM Thursday, July 16, 2015 at the POOLE FUNERAL HOME, 203 N. Wisconsin Street, Port Washington. Deb Hamm will preside. Family will receive friends at the funeral home from 11-1PM Thursday prior to the service. Interment will take place at St. Mary’s Cemetery in Saukville with military honors.