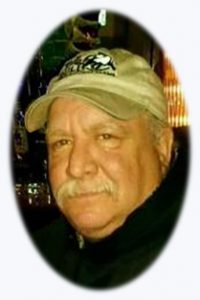 On the evening of July 3rd, 2016 Michael “Mike” Robert Fedel passed away peacefully at Aurora St Luke’s Hospital surrounded by his family.

Mike was born in Milwaukee, WI on December 16, 1959 to Patricia and Robert Fedel and was the oldest son of 3. The Fedel family moved to Port Washington, WI in early 70’s and Mike graduated from Port Washington High School in 1978, then attended UW- Oshkosh.

Mike’s greatest legacy is his family. In 1978, Mike met his wife Sue, and they were married on August 22nd, 1981. In August, they were set to celebrate 35 years of marriage. Mike and Sue were blessed with two children, David and Amy. Mike was a proud father and husband, and true prankster. Anyone who spent time with Mike knows that he loved to play practical jokes.

Mike worked as a carpenter for over 25 years. He started this line of work when he helped his brother build his home and started work with Chris Watry Carpentry and then went on to work for Boldt and Ollman Construction.

Mike had a strong love for hunting and fishing up north in Pelican Lake, WI. He would go up to the cabin for days and spend countless hours on the water fishing, ice fishing, deer hunting, grouse hunting and duck hunting; it was his favorite place to be. Back home, in Port Washington, WI Mike loved being around his group of friends at the Grand Avenue Saloon, whether it was having a few beers during a Packer game or being part of the golf league on Thursday nights. He was loved and respected by everyone that he was around him.

Mike was an excellent carpenter; over the years he would make cabinets, tables and other furniture by hand in Jim Fedel’s garage. He could fix everything and build anything. Mike also had a strong passion for dogs. He had German Shorthair Pointers and loved training them for hunting. He loved doing things for others without asking for anything in return. He did not need much to be happy, just a STRONG group of friends and family and a quiet place up north where he could sit on the deck and enjoy life, he sure did.

Mike is preceded in death by his parents Patricia and Robert Fedel, his brother Rick Fedel and sister-in-law Sandy Farrington.

Mike was greatly loved and will be sorely missed.