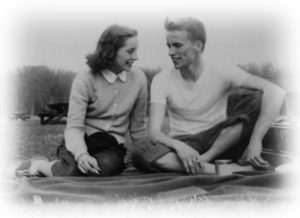 He was born in Milwaukee, WI to Erwin Joseph and Olive (Netzow) Dohmen on April 28th, 1927.  He graduated from Shorewood High School and served in the U.S. Navy during World War II. Upon his return from service, Erv continued his education at the University of Wisconsin in Madison, graduating with a Degree from their School of Pharmacy. After becoming a licensed pharmacist, he married Jane Mary Fitzgibbon of Milwaukee on September 8th, 1951.

Erv began working in the family business, The F. Dohmen Co., in 1951. As a member of the fourth generation of company leadership, he worked with his cousin Fred Dohmen to modernize and expand the pharmaceutical wholesale business. He served as Dohmen’s president from 1982-1992. After retiring, he and Jane split their residence between Florida and Wisconsin, ultimately returning to Wisconsin full time in the Town of Belgium.

Erv was a life-long lover of nature, sharing his appreciation of birds, fishing, hiking and camping with his family and friends. He was also quick to give of his time and talent serving in leadership roles at church, Nicolet High School, the Rotary Club, the Salvation Army and the National Wholesale Druggists Association. A man of great integrity and the highest  principals, he will be missed.

He is survived by his children Linda Dohmen, Ted (Sheila Noeth) Dohmen, John (Heidi) Dohmen, Kathryn Song, Philip (Carol) Dohmen and Cynthia (Tom) LaConte.  He is further survived by 9 grandchildren, other relatives and friends.  He is preceded in death by his parents and 2 sisters.

The Rev. Julian Hills will officiate a memorial service on Friday, August 9th at 11:00AM at St. Simon the Fisherman Episcopal Church, 3448 N Green Bay Road, Port Washington, Wisconsin with an off-site reception to follow. All are welcome to attend and celebrate Erv’s life. In lieu of flowers, a donation may sent in his honor to the Salvation Army at www.give.salvationarmyusa.org