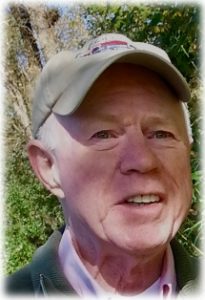 Brendan Michael Comer was born on May 26, 1943, in Norwich, England. He grew up in Cleveland, Ohio, the son of the late Mary Moran Comer and Michael B. Comer. Brendan graduated from Cleveland St. Ignatius High School, Marquette University and in 1969, from the Marquette University Law School. Following graduation from law school, Brendan practiced law for almost 25 years with the Milwaukee firm of Charne, Clancy & Taitelman, s.c. As a lawyer, Brendan was involved in many of Milwaukee’s early urban renewal projects, including the establishment of the Milwaukee Repertory Theater District, the Grand Avenue Mall, and The Blatz, and he steadfastly represented numerous non-profit organizations in their creation of low-income housing projects.

Brendan was the smartest, funniest, most caring person you’d ever hope to meet. A champion of the underdog. A proponent of doing things and treating people right above all else. A man of many talents from raising cattle to being a gifted writer. A master woodworker, carpenter and furniture builder. An expert on early jazz and early rock. A Marquette basketball fan to the core. An ace fisherman. A fan of the simple things in life, like a decent polo shirt or a good pancake – especially if it was for dinner – and of course, a good cup of scalding hot tea.

Brendan died on October 19, 2018. He is survived by his wife, Ann, and his children Colin E. Comer (Cana) and Cara Comer Dickmann (Mike). He is also survived by his grandchildren, Miles D. Dickmann, Remington M. Comer and Briggs M. Comer, by his sisters Shelagh Weiss (Jim) and Kathleen Scogins (Charles), and by his nieces and nephews. Brendan was predeceased by his parents, his brother, Michael, and his sister, Theresa. Brendan’s funeral will be held at St. John XXIII Catholic Church (St. Mary’s Chapel), 451 North Johnson Street, Port Washington, Wisconsin, on Saturday, November 3, 2018, at 11 a.m., with visitation at the church from 9:30 a.m. until the time of the funeral. In lieu of flowers, the family requests that contributions in Brendan’s memory be made to Camp Anokijig, W5639 Anokijig Lane, Plymouth, Wisconsin 53073, or to the Wisconsin Humane Society, 4500 West Wisconsin Avenue, Milwaukee, Wisconsin 53208. The family is being served by the Poole Funeral Home, Port Washington, Wisconsin.