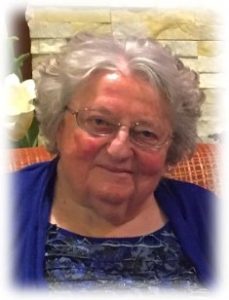 On May 29, 1993, she married Reginald W. Mueller who was a caretaker at the historical Ozaukee County Pioneer Village in Saukville, WI. Helen was a member of the American Legion Auxiliary, Landt-Theil, Unit #470, Saukville, WI, Port Washington VFW Auxiliary 7588, Port Washington, WI and the Luxembourg American Cultural Society, Belgium, WI.

The family would like to extend a special thank you to Maria Mendoza-Lemes, MD and the caring staff at Lasata for their compassionate care during her stay.

Poole Funeral Home, Port Washington, WI is serving the family. Information and condolences may be expressed at www.poolefh.com or 262-284-4431.