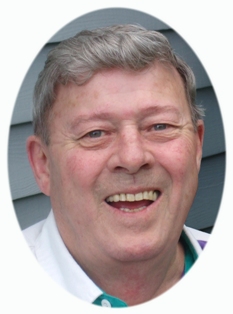 He was born in Crandon, Wisconsin on April 21, 1937 to George and Evalee Allen Chaney. Raised on the family farm he attended local schools. After graduating from high school he moved to Milwaukee, Wisconsin and began work as an appliance spray painter for Ben Hur Paints and then took a job at Downing Box Company. He married Geraldine “Gerry” Burnette of Hurley, Wisconsin on December 19, 1957 in Waukegan, Illinois. Eventually they moved to Port Washington, Wisconsin and raised their family. Shortly after his marriage he began working for Pabst Brewing in Milwaukee in the shipping department. He worked there for 33 years retiring in 1996.

Kenneth enjoyed working on his cars, he was a Dodge man, and fixing things. He was an avid outdoorsman, fishing all year long and hunting in season. When he was younger he raced snowmobiles and enjoyed trap shooting. If he wasn’t fishing or hunting, he was tending to his garden, feeding the birds or spending time with family and friends at the family farm in Crandon.