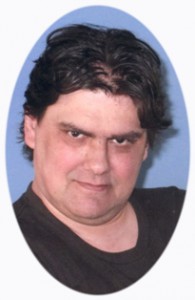 He was born on August 1, 1963 in Johnstown, PA to William and Frieda Marsinco Burkett. In the 1970’s, he and his family moved to Milwaukee later moving to Cedarburg. For many years, John worked for Exacto Springs Corporation of Grafton, WI. He resided in Fredonia since 1989.

He was always fond of reading and photography. He was an avid gamer, also proud of his wolf collection and Native American aspects.