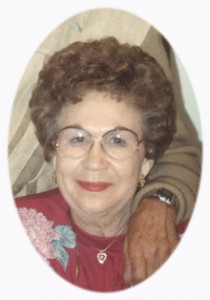 The past few years, Dorothy was a resident at the Harbor Village and the Harbor Club in Port Washington.

She was born on June 5, 1930 in Garland, TX, daughter of Albert “Monk” and Roxie Conner Willeford. She met her husband Gerald L. Graff of Milwaukee when he was stationed in Texas and he was friends with her sister Hazel and her husband A.L. Keeling.

On November 13, 1946, she and Gerald, recently discharged from the Army Air Corp., married in Dallas, TX. Her husband studied and became a jeweler. From 1952 through 1958, they lived in Palmyra, WI operating a jewelry store. Later in 1958, they opened G.L. Graff Jeweler on North Franklin Street in Port Washington. Dorothy was a homemaker and helped at the store for many years. The Graffs raised their seven children on Milwaukee Street. She was active in her community with her husband’s involvement through a number of civic organizations. She always kept in touch with family, loved traveling by motorcycle with husband and dear friends; volunteering as a eucharistic minister or meeting people at the store. Nana Graff loved her grandchildren and was partial to all children. She valued family and friends, always providing help where needed. Always a “Texas Girl”, she will be remembered for her, “Give me a little sugar” and “bless yer heart honey”.

Her husband Gerald preceded her in death on March 24, 1994. She continued to help at the store when possible with her son Myron and his wife Vicky until it closed in 2009. Dorothy became an international traveler when she toured Rome and London with her son Jim. She most recently was fond of her luncheon friends and afternoons playing cards.

She is preceded in death by her husband Gerald, daughter Mary Hejny, son Thomas Graff, her sisters Rubye Hansen and Naomi Rucker and brothers Grady, Donal and Wendall Willeford.