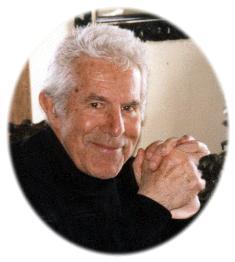 He was born December 29, 1927 in Milwaukee, Wisconsin to Anton and Marija Obersek Brinjevec. He grew up in Milwaukee and  served in the Army Air Corp during World War Two. After he returned home he worked as a machinist for the Milwaukee Road  Railroad for over 38 years before retiring in 1989. In the early 1970’s he moved to County KK from Milwaukee.

John will be remembered as “Papa Polar Bear” of the Port Washington Polar Bear Club, which he started at age 58 and took his last plunge in 2009. He was a member of the Grafton Senior Softball League, playing for many years and was a former team manager. He enjoyed golfing and fishing in his youth, in the 1950’s-60’s was quite the independent “biker” with his Harley friends. Known as “Johnnie One-Lung” because he rode on one cylinder of his motorcycle much of the time. In the past he also travelled with his family showing and raising horses. He most recently liked to tinker at Port Recycling doing demolition work.

He is survived by his wife of 56 years, Judy (nee Leonhard) and Children Jennifer (Bob Neives) Brinovec of Grafton and John Brinovec of the Town Of Port Washington. Further survived by grandson Eric Brinovec, other relatives, friends and polar-friends. He was the last of five children and is preceded in death by sisters Mary Schmidt and Angie Stone and brothers Tony Brinovec and Stan Brinovec.