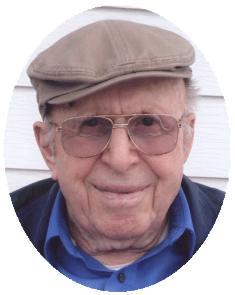 Cyril P. Karrels, 92, formerly of County Trunk H, in the Town of Belgium died peacefully Tuesday, October 25, 2011 at the Harbor Club in Port Washington where he had resided for the past 18 months.

He was born on October 14, 1919 in the Town of Port Washington, son of Charles C.  and Clara C. Mayer Karrels.   A life-long dairy and crop farmer, Cyril married the love of his life, Ann Marie Valukas of Sheboygan County on June 3, 1944 at St. Patrick’s Catholic Church in Adell.  Together they worked the farm and raised a family.  She preceded him in death on January 18, 2005.

For many years he drove school bus for the Port Washington-Saukville School District and the Northern Ozaukee School District. He will be remembered as a former custodian at Ozaukee High School in Fredonia. He was very friendly, humorous and enjoyed people. He loved working in his garden, fond of the land and animals and playing cards.  He was a 75+ year member of the Catholic Order of Foresters.

Mass of Christian Burial will be celebrated at 12 Noon, Saturday, October 29 at Holy Rosary Parish-Holy Cross Chapel, 5330 County B, Holy Cross, town of Belgium. Reverend James Ernster will be the celebrant.  Visitation 9AM to Noon AT CHURCH with a 9AM rosary.  Interment at St. Rose of Lima Catholic Cemetery in Fredonia.  Memorials to the charity of choice appreciated.