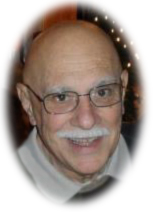 He was born in Milwaukee on July 9, 1935, son of Elroy and Elizabeth Thelen Weyker. As a young boy, the family moved to Port Washington taking up residence on West Grand Avenue. He graduated from Port Washington High School. On April 19, 1958, Roy married Carol Ann Hoge of Port Washington at St. Mary’s Catholic Church in Port Washington. Together they lived for many years on Hillcrest Court, more recently moving to Saukville.

Roy was a printer by trade. He had worked for the former Port Washington Herald Newspaper on East Washington Street. Then, for over 30 years, Roy worked for Trade Press Publishing in Milwaukee until he retired in 2000.

To say that Roy was involved with the Saukville Moose lodge would be an understatement. The Loyal Order of the Moose Lodge 1043 in Saukville owes many of its members to Roy. He had held most positions in the lodge, recruited many members and was the lodge secretary for many years. He had achieved the highest honor being named Pilgrim, which was bestowed to him in May, 1998. He was also state’s secretary for all of the Wisconsin Moose members and their lodges.

Roy was a family man, loved football and liked to argue politics. He was optimistic of a new year for the Badgers and the Packers.

Reverend Pat Wendt will celebrate his Mass of Christian Burial at 6PM Thursday, August 13, 2015 at St. Mary Catholic Church, 430 N. Johnson Street, Port Washington. Loyal Order of the Moose Service of Tribute at 5:30PM AT CHURCH. Visitation from 3-5:30PM Thursday AT CHURCH. Interment St. Mary’s Cemetery in Port Washington. Memorials to the charity of your choice are appreciated.