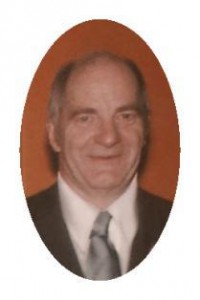 He was born on April 14, 1927 in the Town of Mequon, son of Reinhold and Hilda Wetzel Wendt.  He grew up in Friestadt with the great German heritage there.  He served in the US Army from December 13, 1945 to February 3, 1947, achieving the rank of Tech5.  He served in Japan as a radio and electronic technician and supervisor.  Upon his return he married Delores Behling of Cedarburg on November 8, 1947.  Together they raised their family in Cedarburg.  While there he was a truck driver and material handler for the former Buch’s Cedarburg Lumber.  Delores preceded him in death on December 9, 1974.

Around 1972, Harold started work at Construction Forms in Cedarburg.  He would work there over 20 years as a shipping and receiving foreman.  On November 20, 1976, he married Kathy Kultgen of the Town of Port Washington at St. Peter of Alcantara Catholic Church in Port Washington.  Together they would live on the Kultgen family farm.  Over the years, Harold was member of the Van Ells-Schanen American Legion Post 82 of Port Washington and the Ozaukee County Memorial Post 5373 Veterans of Foreign Wars.  He and Kathy are known to be on the go.  He enjoyed fishing, golf, horseshoes at the R&R, shooting trap with the guys and bowling at Bley’s.

He is survived by his wife Kathy, his children Sandra (John) Paulik of Brookfield, Harold Jr. (Susie) Wendt of Cedarburg and Sharon Seaman of Fond du Lac.  He is further survived by 11 grandchildren, his sister Dorothy Karrels of Port Washington, brother-in-law Mike Kultgen, sisters-in-law Sally (Jim) Erickson and Marlene Kultgen, all of the Town of Port Washington, nieces, nephews, other relatives and friends.    He is preceded in death by his first wife Delores, brothers-in-law Wilfrid “Willy” Karrels , Paul and John Kultgen, sister-in-law Mary Kultgen and his nephew Jim Erickson Jr.

Thank you to Faye, Karry, Heartland Hospice staff and Columbia St. Mary’s ICU Staff for their kind care and support over the past few years.