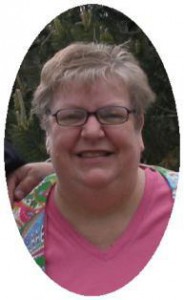 She was born on December 16, 1959 in Port Washington, daughter of John H. and Bernice Didier Nault.  A lifelong resident, she attended local schools, graduating from Port Washington High School.  After receiving her degree in textile design from the University of Wisconsin-Stout, Cindy married Rick G. Kornely of Mishicot at Friedens Church in Port Washington on April 9, 1983.  Together they started their family.

For many years she had worked for the American Red Cross and volunteered with numerous parent organizations while her sons were growing up.  Amongst the hobbies she enjoyed were sewing and crafting.  For the past 13 years she was a software quality control analyst for ipipeline of Mequon.