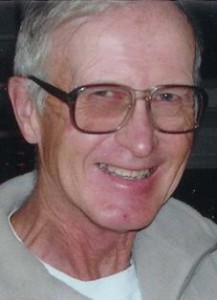 He was born July 8, 1938 in Washburn, Wisconsin to Irvin and Julia Niemistro Welton.  He served in the United States Navy during peace time and received a Bachelor of Science and teaching degree from Lakeland College in Sheboygan.  He was well traveled and saw the world with his family over the years.

Bob was a man of many talents.  He was a crop farmer of fruit and apple trees, selling his great apple cider at Kohl’s and Sendik’s Food Stores and in the parking lot of Shopko Express, formerly the Port Apothecary, he also rivived the Gessler Apple Orchard on County LL.   He taught fifth and sixth grade at Ozaukee Middle School and Adell Elementary School for over 12 years.  Most recently Bob was a bus driver for Johnson School Bus Service, starting in 1984.  He could also be seen tending to the grounds, planting trees and providing TLC at the Lange Estates in the Town of Port Washington.  He will be remembered as a patient, kind and giving man and a wonderful grandpa.