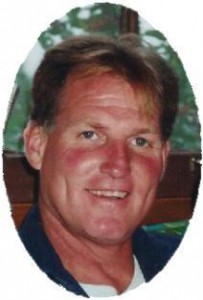 He was born November 7, 1953 to Francis Wallisch and Marie Collins in Port Washington.   He attended Port Washington High School and was a successful football player.  After graduation in 1972 he attended Michigan State University.  He later graduated from the University of Wisconsin in Milwaukee.  Jack served his country in the Army after Vietnam.

He married Ann Mulhaney of West Allis, Wisconsin on October 26, 1991 at Immaculate Heart of Mary Catholic Church in West Allis, Wisconsin.  He worked in the Milwaukee area for many years as a landscaper of athelic fields and facilities.  An avid sports fan he played softball for many years.  Jack cherished his family and loved to socialize.  Heartfelt thanks to Drs. Norwood Anderson and David Sherman and the nurses and staff of St. Joseph’s Hospital and it’s oncology unit.