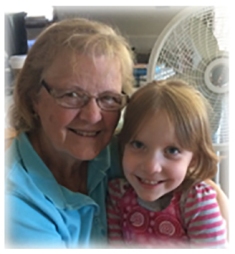 She was born May 12, 1944 in Sheboygan, WI to Norbert and Mary Felix Heiting. The family moved to Port Washington, WI when she was a child, where she attended local schools. While working at Globe Union Battery Plant in Milwaukee, WI she met Donald Underhill. They were married on December 21, 1974.

She worked various jobs before becoming the Director of Christian Formation at St. Francis Borgia Catholic Church in Cedarburg, WI. The couple lived in Cedarburg, WI and Port Washington, WI before retiring to Rhinelander, WI in 2000. Her husband Donald preceded her in death June 28, 2013.

Pauline was kind and thoughtful, helped out whenever she could, and after retiring served as a chaplain at the Rhinelander hospital. Pauline loved being “up North” and enjoyed nature, playing golf and biking. In late 2018 she moved to West Bend to be closer to family.

She is survived by her daughter Teresa (Kurt) Hanson of Portland, OR, her granddaughter Emily and her siblings John (JoAnne) Heiting of Columbia, SC, Mary Ann Cleary of West Bend, WI, Merin Heiting of Hartford, WI, Gerard Heiting of Milwaukee, WI and Marilyn (Dennis) Duffy of Elkhart Lake, WI. Further survived by nieces, nephews, other relatives and friends.