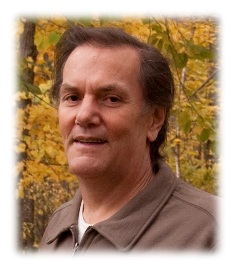 Roger A. Larson, age 65, of Grafton, WI passed away Wednesday, February 20, 2019 at Azura Memory Care in Clinton, WI where he had recently resided.

He was born on March 16, 1953 in Crookston, MN to Victor and Shirley Brag Larson. In the late 1960s, the family moved to Fredonia where Roger attended Ozaukee High School. He always enjoyed music and had a knack for electronics. He took a job at Sprague Electric in Grafton. There he met Linda Wegner of Grafton. They married on November 27, 1976. For many years, he called Saukville area his home.

Roger could play guitar by ear and enjoyed repairing almost anything electronic. He had worked at numerous repair shops in the Milwaukee and surrounding area. By night he ran the sound board for many bands such as the Eddie Butts Band and others. He shared the story of the most fun he had was working as a guitar and sound technician at Mandalay Bay Resort in Las Vegas.

Talking politics with Roger could get him going and he still kept his love of his childhood home team, the Minnesota Vikings.

Roger is preceded by his parents Victor and Shirley Larson, his step-mom Cheryl Larson, 2 brothers David and Virgil Larson and his infant granddaughter Shirley Larson.