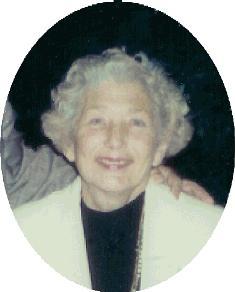 She was born October 30, 1914 to Charles and Sarah Levant in Duluth, Minnesota.  She met Sid Stone who was born in Berlin, Germany and immigrated to the United States when he was 17.  They married June 28, 1936 in Milwaukee, Wisconsin.  They spent most of their life in Milwaukee.  Sid was a famous cartoonist in the 1950’s and founded Stone Advertising in Milwaukee while she produced many television shows including That’s My Pop with celebrities and their children, Half Pint Auction and the Gretchen Colnik  Show – which may be most remembered as the Martha Stewart of her time.  Together with Sally Ellenbeck she wrote the “Welcome Song of the Milwaukee Arena” that was used for many years.

Shanah and Sid established Stonecroft.  They took great pride in their community.  Shanah operated the Curiosity and Candy shop there for many years.  She had a special interest in four leaf clovers and was a grand master in duplicate bridge and loved to play cards.

She is survived by sons Robert “Bobo” Stone of Stonecroft and John (Jacquelyn) Stone of Whitefish Bay.  She was the proud grandmother of Tiffany, Lacey, Michael and Emily Stone and Stephanie (Andrew) McCallum.  Her husband Sid, and infant daughter Susan and sister Besley Majersky preceded her in death.

Family services were held.  Memorials to charity of choice appreciated.