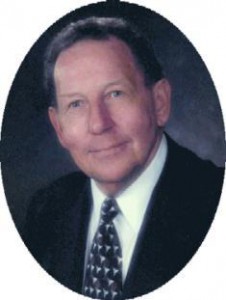 He was born August 10, 1933 in Port Washington, Wisconsin to Barney and Laura Keller Nash.  He graduated from Port Washington High School and attended the University of Wisconsin – Madison receiving a degree in Marketing.  He served in the Army during peacetime in the Signal Corp stationed in Panama from January of 1956 to December of 1957.  He married Mary Michels of Port Washington, Wisconsin on October 8, 1955 at St. Mary’s Catholic Church in Port Washington.  The couple lived in Milwaukee and he was Vice President of Sales and Marketing for Crest Foods of Ashton, Illinois.  In 1983 they moved to Thiensville, Wisconsin. Charles retired after 30 years  in 2000, but continued to do some consulting.

Since he traveled for work he enjoyed quiet time at home, summers on Green Lake with family and friends, reading, fishing and boating.  He was also a proud Wisconsin Badger Alumni and football fan.  Being an avid Packer fan, he was a season ticket holder for many years.

Charles is survived by his wife Mary, three children Lisa (Steven) Kielly of Eagle, Wisconsin, Karen (Stephen) Kennedy of Janesville, Wisconsin and Bill Nash of Hartford, Wisconsin.  He was a proud grandfather of 5 grandchildren.  He is further survived by three sisters-in-law Mary Nash of Key Largo, Florida, Rosemary Nash of Port Washington, Wisconsin and Mary Nash of West Hartford, Connecticut, other relatives and friends.  He is preceded in death by a sister, Janet Krainz and brothers Douglas, Audrow and Marvin Nash.