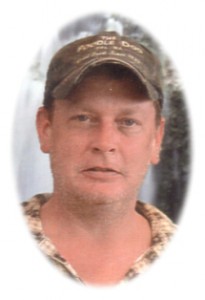 After graduating from high school, George studied at the Le Cordon Bleu School for the Culinary Arts in Cincinnati. Nashville, Atlanta and Seattle were some of the cities George worked over the years. He had worked for Zilli’s Catering in Waukesha.

In 2005, George became the Executive Chef for the Port Hotel Restaurant in Port Washington and took up residence there. His passion was cooking, but his love was his children. George enjoyed making life an adventure with his children. Many co-workers found him fun to be around.

He is survived by his children, Fiona, Wolfgang “Wolfie” and Zigfryd “Ziggy” Stalf, his mother Janet Stalf of Cincinnati, his sisters Connie Stalf of Denver, Vickie (Vic) Lassandro of Cincinnati and Teri Stalf of Chicago; his brother Mike (Sue) Stalf of Cincinnati, nephews, other relatives and friends. He is preceded in death by his father George Stalf, Sr.