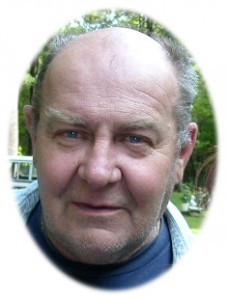 He was born August 16, 1936 in Milwaukee, Wisconsin to Elmer and Hilda Ebling Schultz. He grew up in Milwaukee and served in the US Army in Nelligan, Germany from 1959 to 1962. Ken worked for Victory Steel Supply in West Allis. He started in the aluminum division, working his way up the ranks and retired as Shop Superintendent after 44 years in 1998.

While working at Victory Steel he met Laurelyn Schultz and married her November 26, 1966. They made their home in Milwaukee until 1973 when they moved to Saukville, Wisconsin. Together they raised a family and were very active at Our Savior Ev. Lutheran Church in Grafton, Wisconsin. Ken helped move and re-build the original church building in the early 1970’s and served on the church council for many years. A love of the outdoors was shared by the whole family with many camping trips throughout the state. He enjoyed his model trains and any opportunity to watch trains or transport on barges was never passed up.

After his retirement in 1998, Ken and Laurie moved to Adams, Wisconsin, his northwoods retreat. They took many trips around the country either by road or train and enjoyed visiting family and making new friends with his infectious smile and laugh.

He is survived by his wife Laurie of Adams, his children Kurt (Lisa Murray) Schultz of Fairbanks, Alaska, Brian Schultz of the Town of Port Washington, Wisconsin and Kristen (Mark) Andrews of the Town of Belgium, Wisconsin and his grandson Kyle (Ashley Tarvas) Schultz of Cedar Grove, Wisconsin. He is further survived by nieces, nephews, other relatives and friends. He is preceded in death by his parents, sisters Lois Johnson and Beverly Zeman and nephew Doug Johnson.