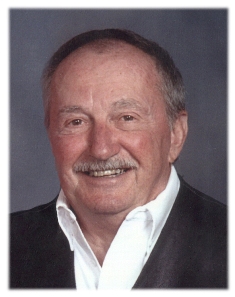 Raymond Schwinn, 79, of Barry Avenue in Port Washington died Wednesday, August 20, 2014 at Aurora Medical Center in Grafton, Wisconsin.
He was born March 28, 1935 in the Town of Trenton, Wisconsin to Joseph Schwinn, Sr. and Mary (nee Redlinger) Schwinn. He graduated from West Bend High School and started working for Power Products in Grafton. Her served in the Army from 1957 to 1963 as a Bridge Specialist and later as an Explosive Ordinance Reconnaissance Agent for the 5th Army. When he returned home after his service he continued working for Power Products.

Raymond was a member of Landt-Thiel American Legion Post 470, Saukville and shared his passion for riding motorcycles with the Legion Riders. He was a member of Friedens Evangelical Church in Port Washington for over 40 years and served as a past president of the church. He was truly a Mr. Fixit, and enjoyed tinkering with small engines. He also enjoyed gardening and woodworking.