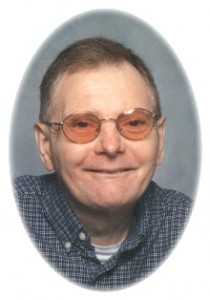 Ronald A. Schroeder, age 76, formerly of East Norport Drive, Port Washington died Wednesday, January 7, 2015 at Heritage Health and Rehabilitation Center in Port Washington where he had resided for the past few months.

Ron was born on November 29, 1938; son of Janet E. Sheehan in Milwaukee. He grew up on West Michigan Street in Port Washington.

He lived quietly and peacefully at the Norport Group Home in Port Washington. Ron enjoyed the many outings he shared with his housemates. He was a great fan of baseball and country music.

Ron is survived by his family of residents, staff and friends at the Norport Group Home. He is preceded in death by his mother Janet Bippert and his step-father William Bippert.

Funeral services will be held at 6PM Wednesday, January 14, 2015 at the POOLE FUNERAL HOME/Crematory, 203 N. Wisconsin Street, Port Washington, WI. Reverend Patrick Wendt of St. Peter of Alcantara Catholic Church will preside. Interment will take place at Union Cemetery in Port Washington. Visitation from 4-6PM Wednesday prior to the service.

A heartfelt thank you to the staff and residents of the Norport Group Home and staff and therapy department of Heritage Health and Rehabilitation Center for the loving care and compassion over these months and years for Ron’s care.