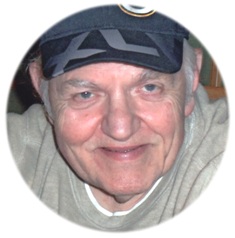 Richard H. Schmidt, age 79, often referred to as “Rich”, “Dick” or “Wazoo”, of Northwoods Road in the Town of Saukville, died Wednesday, September 24, 2014 at his home after many years of ill health.
He was born on May 14, 1935 in West Bend, WI; son of Andrew Schmidt and Susan Schmidt. He graduated from West Bend High School, class of 1953. Dick helped out on the family farm just outside of West Bend.

On August 31, 1957, Dick married Patricia L. Arendt of the Town of Port Washington at St. Mary’s Catholic Church in Port Washington. They lived in West Bend for a short time. In 1961, the Schmidt’s built their home on Northwoods Road. Together they raised their four girls.
For almost 40 years, Dick worked for the Quik Mix Company, PCM, Koehring Corporation and Trak International until his retirement in 2004. He was the “Wazoo of the Shipping Department”. He was a member of the International Association of Machinists and Aerospace Workers Union Local 1430 and an avid Green Bay Packer fan.