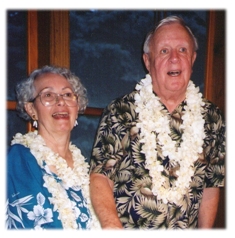 Marliss (Coursin) Rogers, 89, a long-time resident of Port Washington, passed away on Sunday, November 3, 2019, after a long struggle with Parkinson’s. She was the beloved wife of Julian N. Rogers and is survived by Julian and their children, Aileen Rogers, Gregg Rogers, Carla Rogers, Deidre (Rogers) and John Anheuser, Paul Rogers, and Janet Rogers. She was preceded in death by her son, Christopher Rogers, her brother, Benjamin Coursin, her brother-in-law Stuart Larson, and her mother and father, Benjamin and Emma (Reiter) Coursin. Marliss is also survived by her sister Kay (Coursin) Larson, her sister-in-law Patricia Coursin, and numerous nieces, nephews, and grand nieces and nephews. She also had four grandchildren, Justin Rogers-Cooper (Ania Kozlowska), Alyssa Rogers-Cooper (Mark Blackwell), Chelsea (Hunter) Mills, and Evan Anheuser. Her four great-grandchildren were her special blessing and joy of the last few years, Konrad Kozlowski-Cooper, James and Lyla Blackwell, and August Mills.

Born in 1930, Marliss grew up in Milwaukee in a loving family, and attended Messmer Catholic High School (1948). As a young woman, Marliss loved music, theater, art, and writing. She had a strong faith life and was active in Young Christian Workers. She loved to travel. In the fall of 1952, she took a trip to Hawaii, where she met the love of her life, Julian, nicknamed Jay, in Honolulu. Jay was stationed with the Coast Guard and Marliss stayed on the Islands working for Hawaiian Airlines. The two fell in love and returned to Milwaukee to be married on September 12, 1953.

In the 1970’s Marliss began a new chapter in her career, working for the Office for the Laity (later to be called Office for Parish Councils) at the Archdiocese of Milwaukee. Nothing made Marliss happier than to be involved in the work of faith. She soon became focused on developing resources for parish councils, which started to blossom as part of renewal in the church. She co-authored The New Practical Guide for Parish Councils and was editor of Weekly Prayer Services for Parish Meetings. She made many dear and lifelong friends during this exciting time.

Marliss wrote and consulted for churches and parish councils for several more years, eventually retiring in 1992 with Jay to the community of Port Washington. She worked actively there on social justice and environmental causes. Her most special commitment was to the St. Mary’s Food Pantry, where she worked every Tuesday for over 20 years.

Marliss and Jay had a large and beautiful celebration in 2003 for their 50th wedding anniversary at the Smith Brothers in downtown Port. Family and friends wore Hawaiian shirts and they received many toasts and cheers.

Marliss was an outgoing, energetic, creative, and caring woman. She had a beautiful, loving spirit. She had a passion for helping others, was quick to call out unkindness or injustice, and was dedicated to making a difference for all, especially for the most vulnerable. She loved to laugh, sing, and dance. She had a beautiful voice and sang in the church choir. She loved her garden, the farmer’s market, and Port Washington, especially the beautiful views of the lake. She loved her family above all and was blessed to share the last years of her life with her husband of 66 years, who was by her side each day until the end.

One of her favorite quotes was St. Teresa of Avila, “Life is like a Spanish Inn: You find there what you bring there.”