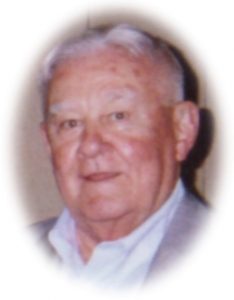 He was born on February 16, 1927 in Estherville, Iowa. Jack was the son of Harold and Evelyn Olson Reed. As a young boy, Jack grew up in Manchester, IA where his father managed a wholesale ice cream plant.

At the end of World War 2, Jack was drafted into the US Navy. He would serve two years and return to Iowa. He graduated from the University of Iowa with a business degree in 1950. He went on to receive a degree in retail management from Drake University.

Over the years, Jack would work for Davidson’s in Des Moines, later becoming a manufacturer’s representative with the Stan Anderson Company. He found his calling. Jack was joined by his brother Jim, bought the company and J&J Reed Company was created. He continued to work until a few years ago. He loved his job and especially the people he met. Jim’s son continues to run the company today.

Jack was a true sports enthusiast. A great fan of the Iowa Hawkeyes and the Big Ten conference, but he followed all sports.

Living in Evanston, IL most of his adult life, Jack moved to Wisconsin to be closer to his brother Jim.

Jack is survived by his brothers Charles (Mariel) Reed of Pendleton, IN and James (Normanda) Reed of Port Washington, WI. He is further survived by nieces, nephews, other relatives and friends. He is preceded in death by his parents and his brother Robert Reed.

No formal funeral services will be held. Jack will be interred in Iowa at a later date.