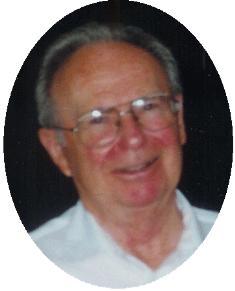 He was born in Chicago, Illinois to Lifford and Maurine Day Provis on November 5, 1924.  Growing up in Chicago he entered the Army on December 7, 1942.  He served in the 333rd Infantry as a Private First Class.  During his service he was a German POW and was repatriated at the wars end.

Bill married Dorothy “Dot” Smith of Chicago, Illinois on July 28, 1945 in Chicago.  He graduated from the Illinois Institute of Technology, Chicago with a degree in Chemical Engineering.  He worked a a research Metalurgist for International Harvestor from 1947 to 1963.  In 1963 they moved to Saukville and then to Beutel Road in 1965.  He worked at Modern Equipment from 1963 to his retirement in 1994.  After retirement he worked as a consultant for a few years and later cared for his ailing wife until her death June 5, 2002.

He was a member of the American Foundrymen’s Society for over forty years, receiving their highest award, the Howard Taylor Award  in 1988 for developing a plasma fired cupola used in iron foundry melting.  He was a life member of the Ozaukee Memorial 5373 VFW and enjoyed traveling with his wife in Europe.  He will be remembered for his kindness, generous, calm and patient demeanor.