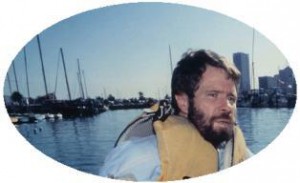 James Edwin Schendel was born to Edwin and Mary Schendel on April 22, 1950. Jim’s extraordinary outlook on life was an inspiration to everyone he met.   Jim graduated from Dominican High School. He received a Bachelors of Science from University of Wisconsin   Milwaukee and a Masters of Science from Cardinal Stritch.

Jim was an avid learner as well as a dedicated teacher. Sailing, flying, downhill skiing were just a few of the activities he participated in. He taught computer science and web design at Milwaukee Area Technical College but his greatest job of teaching was what he taught us all about life.

Jim’s love of Lake Michigan manifested itself in his involvement with Friends of Harrington Beach State Park and his desire to always be near the lake. His love of   people, was shown in his work with The National Spinal Cord Foundation, Independence First, as a consultant to the Ozaukee County Board and many other charitable and civic organizations.

Jim died as he lived with peace and dignity. He will be missed by all whose lives he touched.