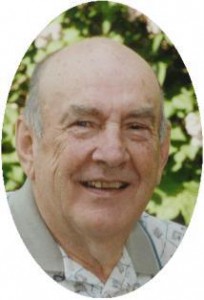 He was born August 1, 1929 in Port Washington to Charles and Rose Preisler.  He served in the Army during the Korean War.  On June 2, 1956 he married Cecilia “Cece” Schmit at St Mary’s Church in Port Washington.   A life long resident of Fredonia he was a Master Plumber for Steffen’s Plumbing and Heating for 45 years, retiring in 1995.

Harry was a soft spoken, humble man.  He was a true family man, unselfishly devoting himself to his wife and daughter Ann.  He was the number one fan of his grandchildren in all their sporting events.