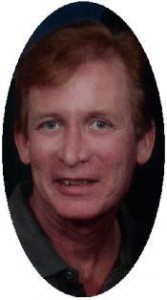 He was born October 26, 1958 in Milwaukee to Forrest E. and Donna M. Olszewski Bahr.  In 1963 the family moved to Port Washington.  He graduated from Port Washington High School and took some accouting courses at the UW Center in West Bend.  He began working in high school as a bus boy at the Port Hotel and later worked as a bartender for various bars around Port Washington.  He also had a Real Estate License for a while.  Most recently he was a detailer at Calibre.

Tom married Barb Bathke of Port Washington on August 20, 1988 at First Congregational Church in Port Washington.  He had participated on bowling and pool leagues and was a sports fan.  He was a very avid Green Bay Packers fan.