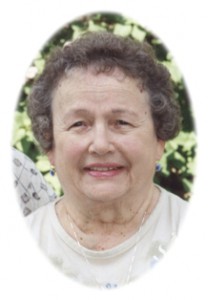 On June 2, 1956, Cece married Harold “Harry” Preisler at St. Mary’s Catholic Church in Port Washington. For many years, the Preisler’s lived on South Milwaukee Street in Fredonia. He preceded her in death on February 25, 2009. After Harry’s passing, Cece and her daughter Ann lived at Gables on the Pond in Random Lake for a few years, recently returning to Hilltop View in Fredonia.

Cece will be remembered for her abundant love of family-the care of her husband, children, grandchildren and many foster babies. She was a registered nurse in Obstetrics at the former St. Alphonsus Hospital in Port Washington for almost 30 years. She loved her work as a labor and delivery nurse to the many mothers and their babies. She enjoyed teaching prenatal birthing classes; providing strength and humor during an unnerving time for many first time parents.

Over the years, she had been active with St. Rose Parish Ladies Sodality. She was instrumental in what became the Portal Industries of Grafton when she worked with Saukville resident Betty Lubahn at the Knellsville Town Hall on behalf of her daughter Ann and others.

Cece is further survived by her sisters Ruth (Jim) Lorge and Barbara Bichler, both of Port Washington, her brother Donald (Audrey) Schmit of Scotsdale, AZ, her sisters-in-law and brothers-in-law Betty Lanser, Gerald and Marilyn Prom and Richard and JoAnn Paulus, nieces, nephews, other relatives and friends.

In addition to her husband Harry, she is preceded in death by her son Michael, her brothers and their wives Elmer and Lucille Schmit and Robert and Harriet Schmit, her sister and her husband Marion and Frank “Puch” Pujanauski and brothers-in-law Donald Preisler and Al Lanser.

A Mass of Resurrection will be celebrated at 11AM Saturday, March 28, 2015 at Divine Savior Parish-St. Rose Chapel in Fredonia. Reverend Todd Budde will be the celebrant. Visitation will take place from 9-11AM Saturday AT CHURCH. Interment will be in St. Rose Cemetery in Fredonia. The family has suggested memorials to the Portal Industries, Grafton or the Alzheimer’s Association.