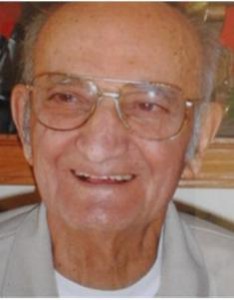 Beloved husband of Pierina, passed away peacefully at home March 10, 2015. 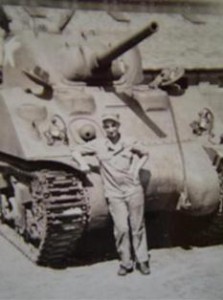 John enlisted in the US Army and served during WWII. Initially he trained West Point Military Academy servicemen in the use of tanks and large vehicles; later he served in the Philippines, Japan and Europe. He earned a WWII Victory Medal, Philippine Liberation Medal (1-Bronze Ser. Star), and Asiatic Pacific Ribbon (1-Star). He was honorably discharged as S/Sgt in 1947. While serving in Italy he met Pierina, they fell in love and married; they began their lives together in Michigan, returning to Italy for occasional family visits.

John led a most interesting and value-filled life. He was a ‘jack-of-all-trades’ and master of many; he enjoyed working with his hands, machinery and woodworking tools and he could repair anything. He was a farmer, carpenter, heating/cooling technician, plumber, and so much more; his favorite work involved heating/cooling; his favorite pastime involved building and creating things with wood.

John retired from Tecumseh Products in Grafton while employed as a foreman; a few years later Pierina retired and they moved to Las Vegas. During the next 15 years, they polka danced, took short bus trips, hosted family members, of course played the casinos, and grew fabulous roses and fruit trees in their back yard. John also immensely enjoyed connecting with family members in Romania during a 1994 trip, particularly with Maria, Andrei, Mircea and Constantsa, who welcomed him with open arms.

John leaves his love to Pierina, his life partner; extends special appreciation and thanks to daughter Kathryn for her nursing and daily care the past 7 years. He also leaves his love to all his children, each holds a special place in his heart. He already is, and will always be, greatly missed by each of them.

A Memorial Mass will be held Monday, March 16, 2015 at 12 Noon at St. Joseph Parish, 1619 Washington Street, Grafton. Visitation from 11 am to 12 Noon AT CHURCH.  Private interment at the Central Wisconsin Veterans Memorial Cemetery in King, Wisconsin.