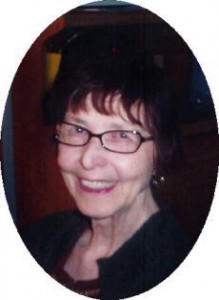 Winifred “Winnie” Post went home to her Lord and joined her little angel, Beverly Sue on July 17, 2010, she was  80 years.  She died peacefully in the loving arms of her family in her home on S Regis Road in Saukville.

She was born August 22, 1929 in Omaha, Nebraska to Martin and Isabelle Artherton Schmitt.  She grew up in Omaha attending Garfield Grade School and South High School.  She became a Registered Nurse at St. Catherine’s School of Nursing in Omaha.  She married Gerald “Jerry” Post of Council Bluffs, Iowa on September 5, 1957 at St. Rose Parish in Omaha, Nebraska.  She worked in the Omaha area as a nurse at St. Catherine’s Hospital, Offutt Air Force Base and the VA Hospital and later at St. Joseph’s Hospital in Wichita, Kansas.  In 1973 the family moved from Wichita to Saukville.  She began working at the former St. Alphonsus Hospital in Port Washington.

Winnie’s entire life was dedicated to her husband, children and grandchildren.  She was always there for her family and knew just what they needed and supported everyone she knew with love and kindness.  Her dedication to the Milwaukee Bucks was almost as important as her dedication to the St. Vincent DePaul Society that included her famous homemade cinnamon rolls.