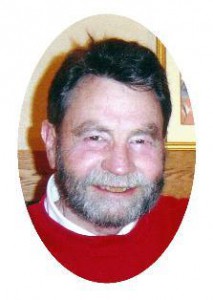 He was born January 27, 1946 to Ralph and Joyce White Eschweiler.  He graduated from Messmer High School in Milwaukee. On October 2, 1987 he married Margaret “Peggy” Schmit of Port Washington in Milwaukee.  After their marriage they lived in Port Washington and he was self employed, selling building products and doing landscaping.  More recently he worked in the sales department of Culligan Water in Waukesha.  He retired from Culligan after ten years in 2007.

Damian enjoyed sports, especially baseball, and his yard.  He was also an organ recipient over 10 years ago.  The family extends a special thanks to Drs. Jose Franco and Ronald Siegel, nursing staff and all who contributed to Damian’s care over the years at Froedtert Memorial Lutheran Hospital.