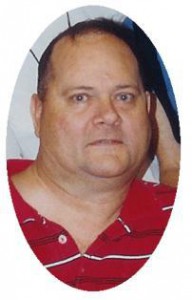 Eugene J. “Butch” Paulson, 61, formerly of Partridge Lane, Fredonia died Sunday, August 24, 2008 at Lasata Care Center in Cedarburg where he had been a resident.

He was born on November 25, 1946, son of August and Marion (Betz) Paulson in Port Washington.  He served in the Navy as a seaman from April 1966 until October, 1970.  Upon returning from service, he was a machinist for Simplicity Mfg. Co., in Port Washington for over 20 years until he became disabled.  He was a member and past union steward for the International Association of Machinists and Aerospace Workers Local 1430.  He was active with the Fredonia Lions Club.  He enjoyed photography and its presentation in matting and framing. He will be remembered as Santa for the years he lived at Lasata.

Funeral services will be 7PM Wednesday, August 27, 2008 at the funeral home.   The Reverend Robert Zick of St. John’s Lutheran Church, Fredonia will be the officiant.  Interment will be in St. John’s Cemetery, Fredonia.  Visitation will be from 4-7PM Wednesday at the funeral home.  Memorials to the Multiple Sclerosis Society of Wisconsin or Lasata Care Center are appreciated.