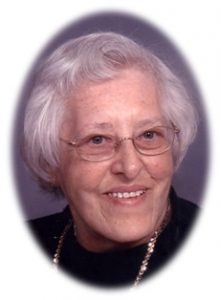 She moved to Cedarburg and worked as a legal secretary for a local attorney. In the 1970’s, Marilyn worked for Ozaukee County as Deputy Clerk of Courts.

Marilyn held a strong faith and provided family support. Throughout her life she wrote poems and short stories. In 2001, Marilyn returned to Cedarburg, taking residence at Lasata Crossings.

Family would like to thank the staff of Lawlis Family and Horizon Hospice and the staff of Columbia-St. Mary’s Hospital-Ozaukee Intensive care unit for their dedicated care.