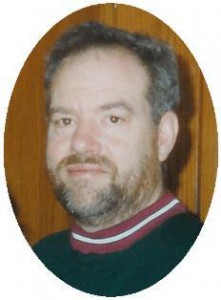 He was born September 9, 1949 to Reginald and Elfrieda Mertzeig Mueller in Sheboygan, Wisconsin.  He grew up in Batavia until the family moved to Saukville when he was in the fifth grade.  He graduated from Port Washington High School.  After graduation, he began working at Simplicity Manufacturing Company in Port Washington.   He worked there for 36 years as a powder coater and was a member of the International Association of Machinists, local 1430.